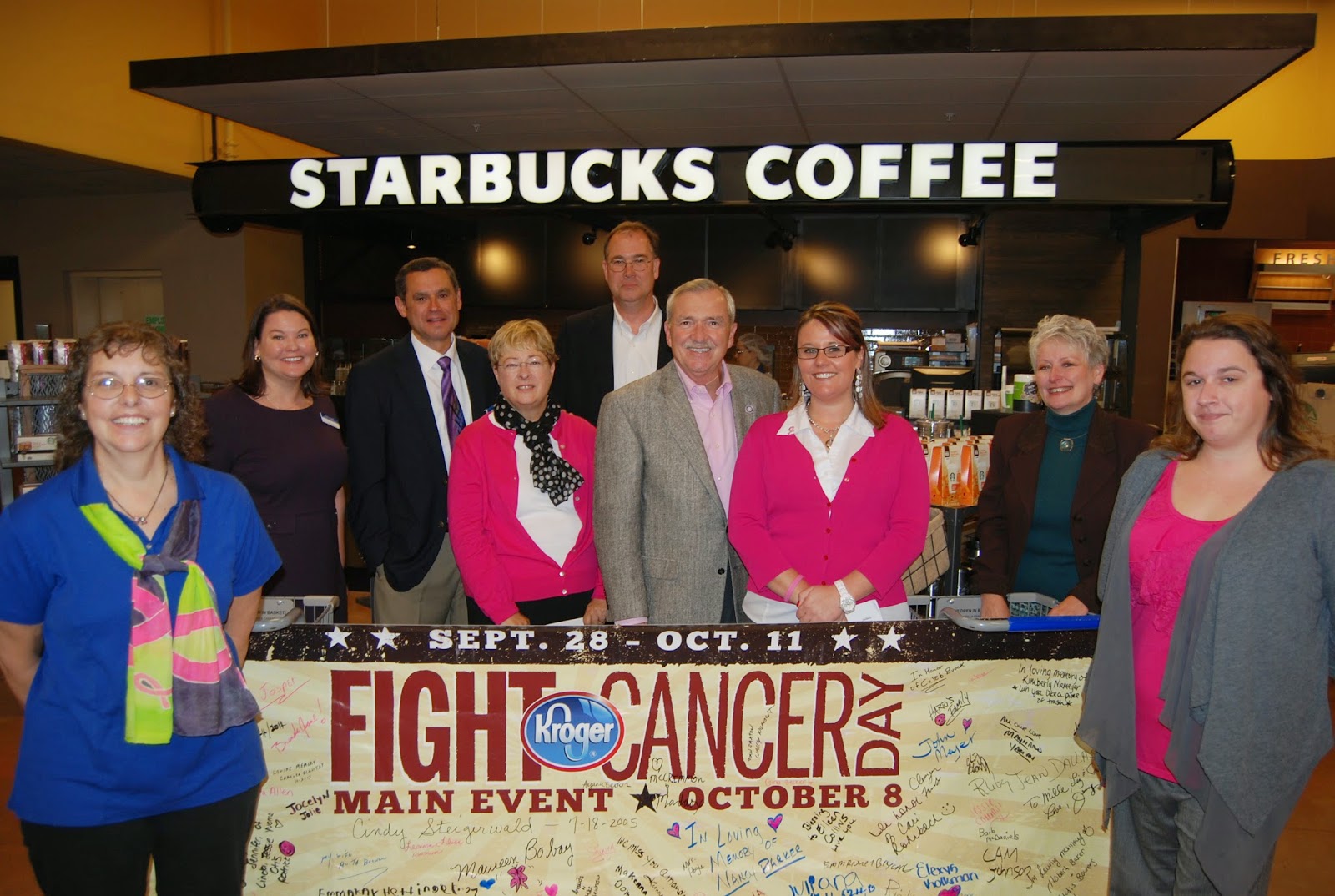 The 2014 campaign was a collaborative effort involving Kroger, the American Cancer Society, Cancer Services of Northeast Indiana, and Francine’s Friends.

“Francine’s Friends is especially proud to partner with Kroger, CSNI, and ACS in Fight Cancer Day! Our program got its start with a ribbon  cutting at the Scotts/Kroger store on North Clinton and continues to bring the coach to area Kroger stores in the Fort Wayne area,” explained Francine’s Friends Board President, Sharon Simmons.

Kroger customers and associates were offered the opportunity to sign or write messages to loved ones on large Fight Cancer Day banners hung in all 15 stores. Volunteers from ACS, CSNI, ad Francine's Friends, many of whom are cancer survivors worked in stores across the region in support of the event.

This year’s money was collected in various ways. Kroger donated $50,000 which represented three percent of sales on Wednesday, October 8. Another $19,855.79 came from Kroger customers who donated $1, $3 or $5 in cash on two separate Sundays. Kroger also made a direct contribution of $12,500 to Francine’s Friends. In all, $82,355.79 was raised, and over the course of 36 years, more than $4.7 million has been raised for area cancer organizations.
Posted by Francine's Friends at 11:02 PM 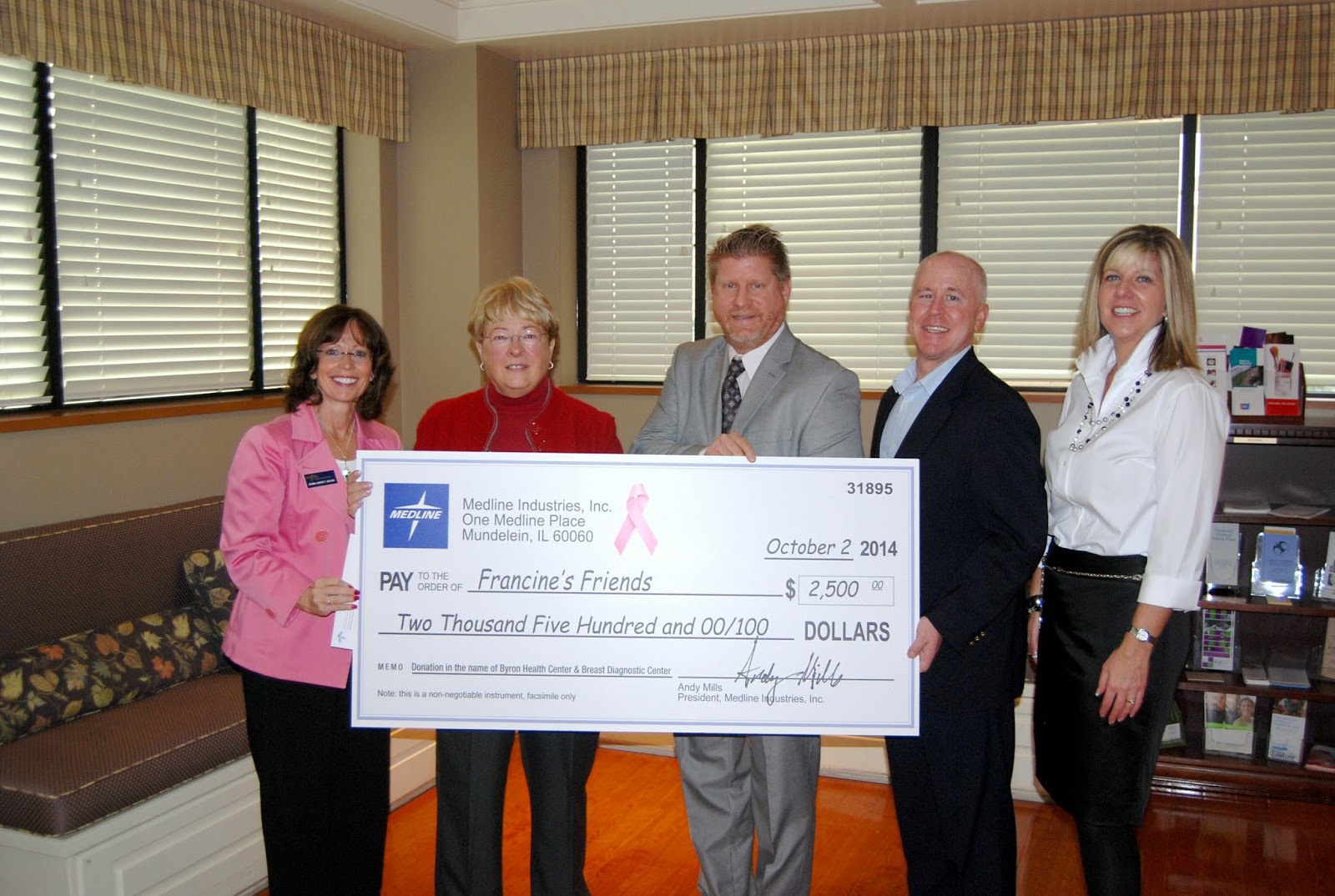 “We are thrilled the video reached so many people to emphasize the importance of early breast cancer detection,” said Dr. William Petty, BDC medical director. In addition to the $2,500 prize money presented to Francine’s Friends on October 2, the all-volunteer organization also received $1,000 from Byron Health Center and $1,000 from Breast Diagnostic Center to help fulfill its mission to provide screening mammography for all women in northeast Indiana. 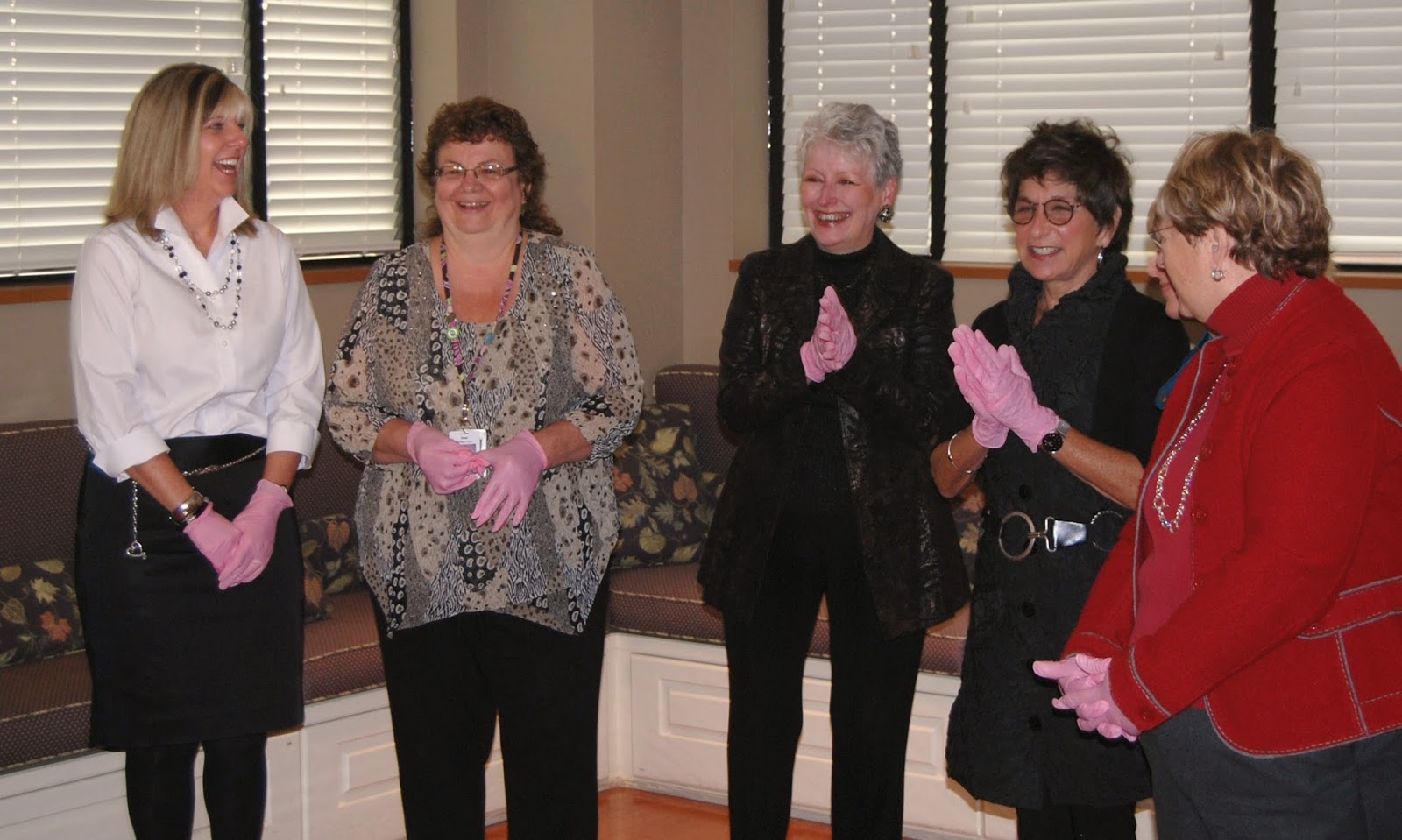 "Today our magic coach video came in third in our category for the Pink Glove Dance!" exclaimed Sharon Simmons, board president of Francine's Friends. "Asher Advertising, Punch Films, Byron Health, and BDC all deserve our special thanks for the hard work they devoted to making our first experience with the Pink Glove so memorable," she continued. "Thank you to everyone who reached out to all your friends, relatives, and professional contacts and had them voting for us each and every day — it was amazing!  I know I had a wonderful time being a part of this video and I hope that everyone else involved enjoyed it as much as I did!  We are HAPPY!! " 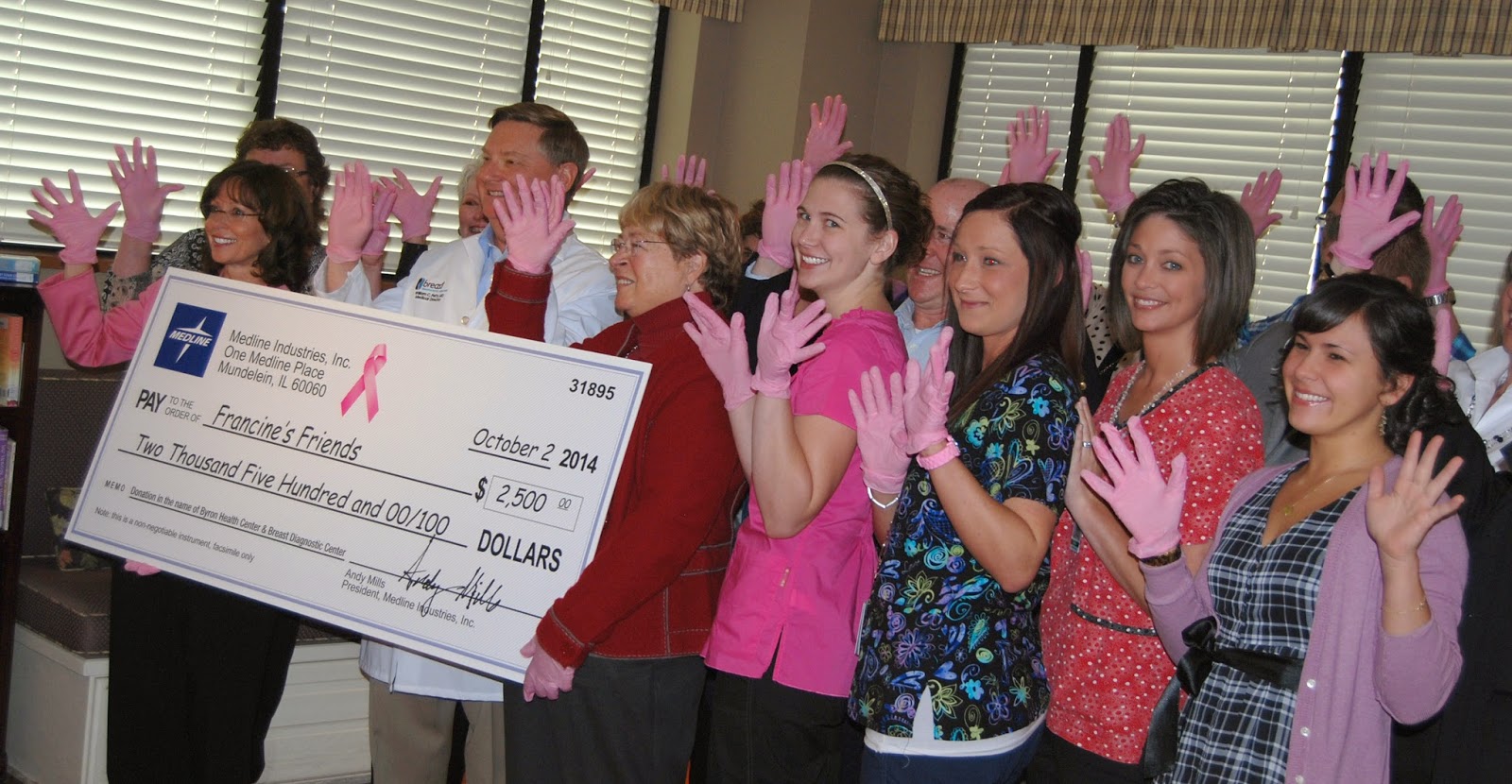 The locally produced video can be seen by clicking the link here. The Pink Glove Dance campaign was created in 2009 by Medline Industries, a manufacturer and distributor of healthcare supplies, to honor healthcare workers and their patients.
Posted by Francine's Friends at 3:30 PM